For all of the talking that we humanoids do, we certainly get very little actual Stuff resolved. Our individual biases and filters make it far too easy to hear things with a skew that makes every verbal interaction less of a conversation and more of a convoluted Baroque dance performance. It’s not just that I often realize, after having haggled at length over any given topic with anybody from my husband on outward to complete strangers, that we are in fact sharing the same view, but stating it so differently that we might as well be talking entirely different languages. It’s also not easily brushed off as a problem specific to age, sex, political or religious affiliations, educational status, culture or any of those other Issues we get hung up on all the time; those can play into the ‘failure to communicate‘ plenty, to be sure, but I think there might be a little something broken or at least unfinished in us that makes us almost preternaturally unable to fully and clearly communicate with each other on a consistent basis. 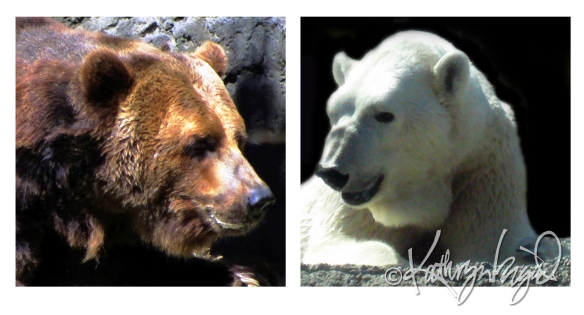 Does my commentary seem especially grisly to you, or do you just automatically give it the cold shoulder?

We can do it. If we simply couldn’t, not ever, why then we wouldn’t know the difference. So it’s silly of us not to spend at least as much energy on learning to communicate with each other better as we do on miscommunicating or simply failing to even try. I am past-master at garbling what I meant to say, or saying things in such a way that everybody else on the planet hears something different from what I thought I was expressing—I’ve long since outed myself for having that particular foot-in-mouth gift. I guess that means I had better clean out my ears, open my heart, get my brains in better order, and let other, more skillful communicators do the talking more often, and just sit back and listen and learn. Though of course there’s still the possibility that I’m hearing it fine yet completely misinterpreting the information. It goes that way a lot in my particular part of the planet.