Rehearsals of Early Music vary more than those unfamiliar with the stuff would guess. Explaining to others why I, a non-musician, love sitting in music rehearsals of any sort is an iffy enough proposition in itself, but at least I can condense my main reasons enough that they may appreciate how much watching and listening in on the preparatory process—hearing what the musicians are working on, how, and why, not to mention any backstory of the pieces in question that gets shared en route—informs and enriches my experiences in concert performances. Tell them I love sitting in on rehearsals for early music, and I can get quizzical stares as though I’d said I love the temperate climate of Seattle. Isn’t that where it rains all the time? Well, the Pacific Northwest gets a fair quantity of rain, or it might be hard pressed to maintain its evergreen status, but in addition to lots of other notable and varied climatic features of the region, it gets truly spectacular sunshine as well.

Rehearsals of early music, too, are far more varied and nuanced and, at times, downright surprising than you’d guess if all you’ve ever heard of the entire body of work leading up to the Baroque period is that 30-second clip of background music advertising the local Renaissance Faire.  It can range from the most tender, measured votive chant to the rollicking, rowdy, and bawdy; from plaintive solos through angel-choir harmonies and right on to shockingly modern sounding rhythms and dissonances, early music is an incredibly rich tapestry of sounds.

One thing that does remain consistent in a great deal of accompanied or instrumentally supported vocal music from early Western sources is the use of continuo. To a layman or amateur listener like me, this means that while there will be portions or movements of larger musical works when either the choir sings a cappella (unaccompanied by instruments) for a while or, conversely, together with the majority of the orchestra ‘singing along’ in accompaniment, there are often sections where one or more of the singers, or the entire chorus, is supported by a small group or individual’s continuo playing, too. Continuo is not an instrument, or at least not a specific one; rather, it is the practice of supporting sung music with a continuing and enhancing undercurrent of instrumental accompaniment.

The result, at its best, is that the sounds blend so seamlessly that listeners might well forget that they’re not hearing human voices exclusively, and the instrumental strains seem to disappear into the sound. Yet when the continuo is not played in the same passages, as may be the case in rehearsal, the phrases can sound strangely pale or incomplete.

A great continuo player, like a great accompanist, is a species of artist quite distinct from the great solo instrumentalist or even orchestral player. It is, in very rare instances, possible for one player to excel in all of these roles, but such magical creatures are truly few and far between. What distinguishes the fine continuo artist, and to some extent accompanist, is not only sheer musicality but an extrasensory ability to think in sync with the other artists in the performance—the other players, the singers, the conductor—and a remarkable degree of prescience in always giving just the help or polish needed at just the right instant without either being asked or demanding the spotlight for it. The best so seamlessly enhance the work of those around them that they raise the level of the whole performance in ways that a self-aggrandizing soloist cannot. There’s an element of generosity in the skill set that not only shows true mastery but also the confidence of knowing that such excellence is its own reward and the beauty and pleasures of the concert are great enough to cast their golden glow over everyone. 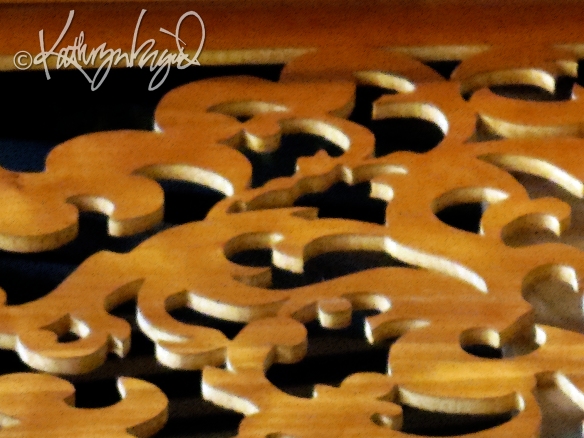 There’s a good lesson in there for all of us, musicians or not, isn’t there.