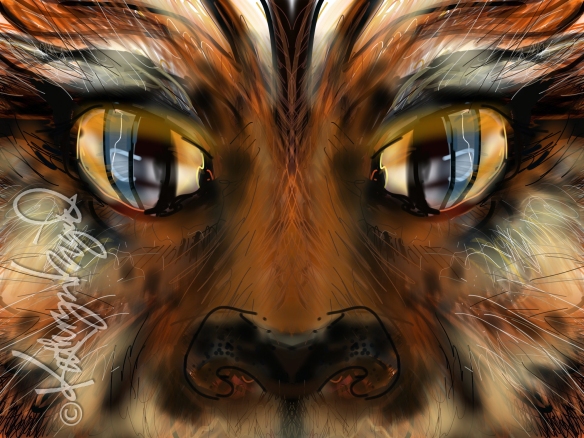 Should a biologist be lost

in untracked wilderness, the cost

she found a beast that other men

and women hadn’t seen before:

she’d get the credit, and what’s more,

it would be named for her as well,

should she record her findings. Swell

as documenting her great find

in journals she would leave behind,

another feature that, in turn,

she mightn’t think the creature’s worst,

had any notes so ably writ

been found; they’d been consumed by it.

were they all that the creature ate,

but after her, they were dessert.