It was pretty rare and indeed a little suspect back in those days that both husband and wife were scientists. That the Cruikshanks, odd ducks each one, also both taught the Modern Sciences at the local normal school only opened them to further scrutiny and whispering. So when Rupert’s distant aunt died and left him her desolate hardscrabble farm and its rickety frame house at the dead end of the worst road in a dry, mean county, husband and wife packed up their trunks, borosilicate retorts and all, and moved right out to that far frontier, disappearing as though in a puff of salty dust. It was only some years later, when they began to appear in search of provisions at the nearest town’s dry goods emporium with their two remarkable young children in tow, that folk in that region began to guess that perhaps the inexplicable strangeness of the Cruikshank life was not lessened, let alone ended, by any means. 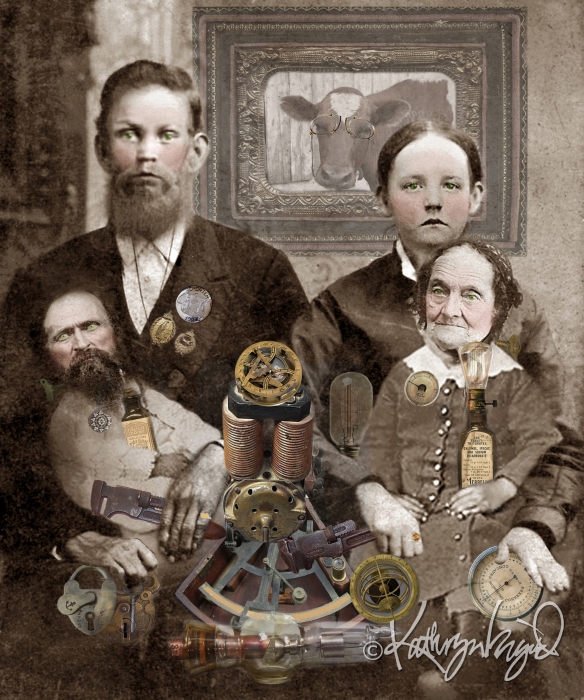