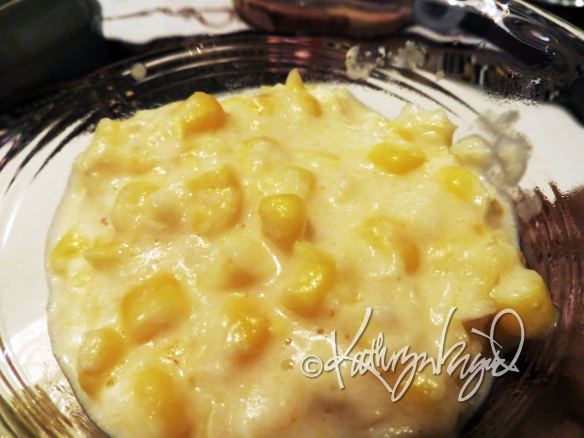 My big sister hates corn. Things made with cornflour or cornmeal are acceptable, but sweet corn in all of its forms disgusts her delicate palate. While I, too, in my sisterly fashion may have disgusted her delicate sensibilities from time to time, I do not blame it on my admiration for corn in nearly all of its edible forms. (Surely my two younger sisters have had equally ample opportunity to be mortified by me over the years, despite their sharing my appreciation for corn.) But I do love corn. Perhaps I am just a corny person.

It’s a little surprising that I find the texture appealing, given that among the very few foods I don’t enjoy are berries or fruits that have an arguably similar texture, with tight skins that burst open to soft insides, but there it is, I’ve never claimed to be logical. It could also be argued that corn has little flavor, being fairly bland if sometimes quite sweet, but this is of course one of its attributes that I particularly like. After all, I am very fond of foods that can be enjoyed in a wide variety of ways and many sorts of dishes or meals. Corn is exceedingly versatile in this sense, able to be incorporated in both sweet and savory dishes without competing with other ingredients, and capable of being processed in a huge range of ways to create yet more uses for it. You can dry it, soak it, pound it, puree it, pop it, use it as a whole kernel or even a whole cob, roast or fry or boil or steam it. It’s hard to think of many ways you can’t use corn.

Still, I’ll admit that my favorite treatments for it are usually the simplest. A garden-plucked ear of sweet corn is so delicious that I will not only eschew my normal craving for twenty pounds of butter per meal and eat it plain when it’s so fresh, I will happily gnaw it uncooked from the cob in that state. I’ve probably mentioned here before that when I was young and Gramps had his garden in its grand proliferation, there was that harvest time of year when the greatest treat was to have a meal of nothing but corn straight from the patch. 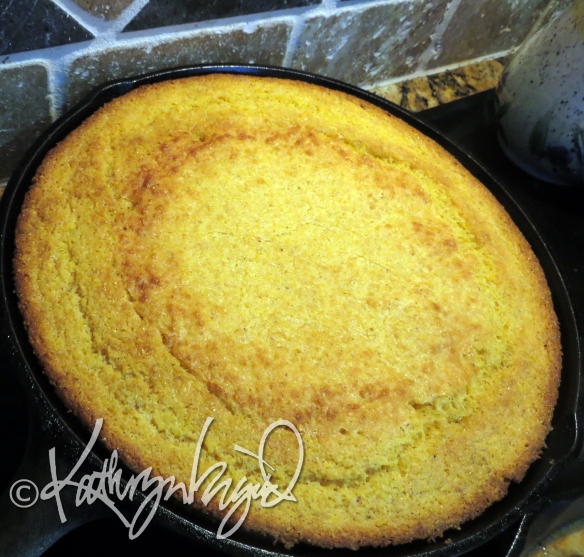 I also love kernel corn, hot and buttered, and newly baked cornbread. Mom used to make corn cakes on the griddle for an occasional breakfast, and despite my preference for my pancakes to be thin and moist, I happily made exception for those corn cakes’ thicker and cakier character because their toasted cornmeal flavor and sweetness made them much more like slim slices of cornbread or even a piece of celebratory cake than like any typical pancakes. Come to think of it, they would be a perfect dessert cake if made larger in circumference and stacked with some fabulous penuche or chocolate or cream cheese frosting between. Uh-oh. Dessert alarm is going off noisily in my head (stomach).

Corn clearly makes a wonderful and uncomplicated addition to all sorts of casseroles, soups and hot dishes as well in its cut-kernel form. It’s good to remember, though, that corn is also lovely cold. Added to salads, whether as a part of a mixed, dressed kind of salad or simply added to any combination of mixed greens that make up your favorite tossed salad, corn is a wonderful jot of sweetness and light color in the blend. I’m particularly a fan of corn added to salads of ingredients common to hot-weather climes: avocado, black beans, tomatoes, olives or capiscum pieces; citrus, mangoes or peaches can add a dash of brightness; dry, salty cheeses grated in, cilantro or mint or basil snipped on, and sweet or savory spices sprinkled over the dishes can all help to customize the dish, and corn is friendly with all of them. 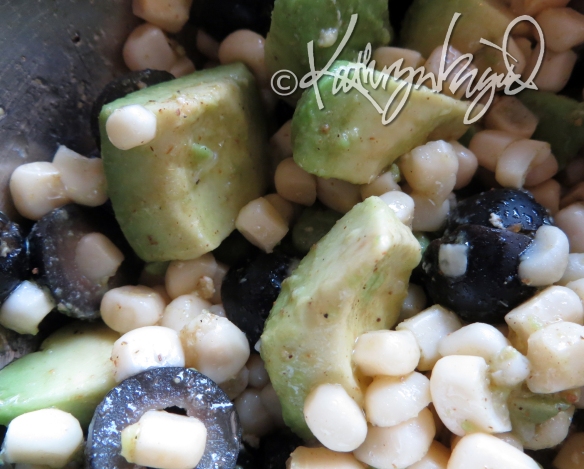 And me, I’m pretty friendly with nearly anything that has corn in, on or with it.

26 thoughts on “Foodie Tuesday: Does this Seem Corny to You?”