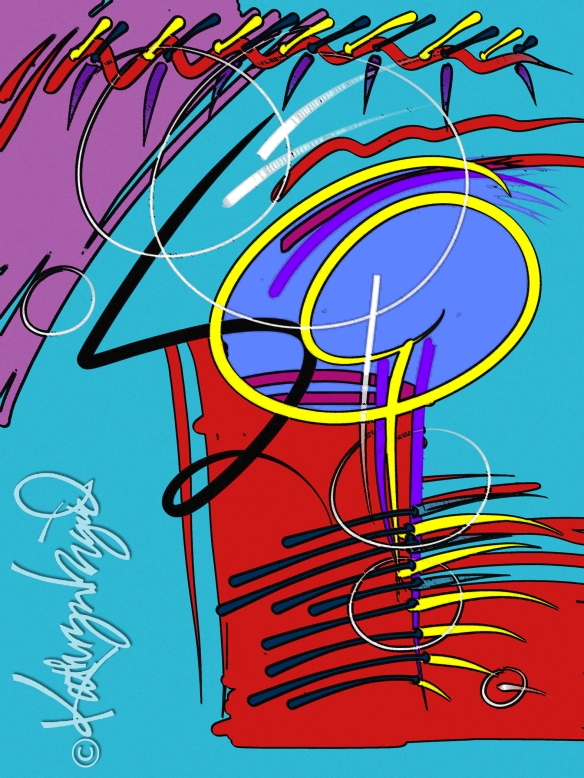 Despite my admiration for—nay, adoration of—color, I can be a little timid about being bold and colorful myself. Whether it stems from any inner quirk or flaw or simply is, I can’t begin to guess, but when I become aware of my fearful nature beginning to stifle other aspects of my personality I get a little irritated with my sheepish side and want to jump up on the table and do a dazzling tap-dance that ends with a spectacular back flip, splashing adrenaline into the hearts of all others present.

I don’t know how to tap dance. That kind of throws a monkey wrench into Plan A, even if I did have the remotest idea of how to do a back flip of any kind other than the I-just-got-pushed-off-a-cliff kind, and since that one ends fairly inevitably in messy death, the whole of the plan quickly loses its appeal.

But I can make artworks, and colorful ones at that, so as an acceptable Plan B I am quite often glad to whip out the spicier colors and wilder strokes of a bold design to assuage my spirits and reassure myself that I’m not entirely straightjacketed by my timidity. It’s good and wholesome to kick my own self in the pants occasionally (as well as less gymnastic, no matter how it sounds, than back-flips and tap dancing) and remember that I may be mild-mannered in general but even the quietest soul can sometimes have a momentary outburst and not only survive it but kind of relish the shock that it gives those around me who have also forgotten the possibility of my doing any such thing.

14 thoughts on “Put a Little Mustard on It”