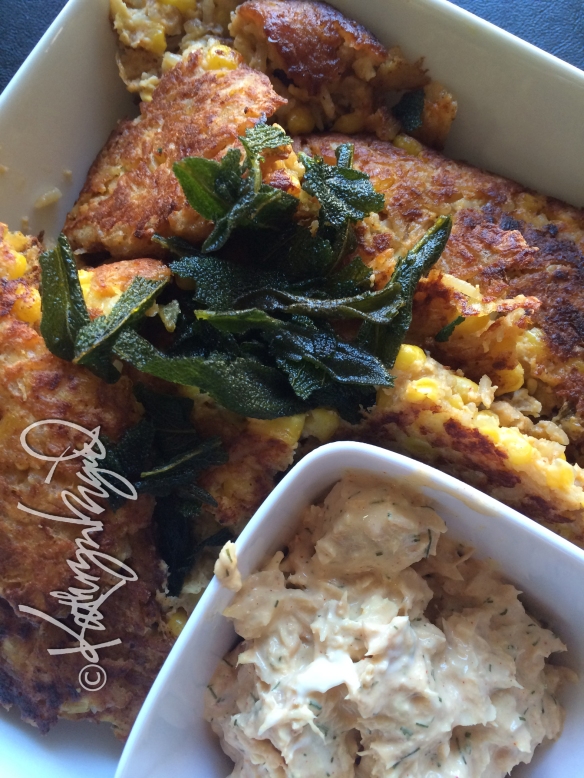 That old expression about making a hash of things implies wreckage and ruination, but there’s a different and much lovelier kind of a hash that results when one finely chops or shreds a bunch of tasty ingredients (leftover or not), mixes them together and cooks them. It’s generally easy to make, and a good way to expand small amounts of ingredients to feed a larger hunger, and when made with a reasonable amount of care and/or experience, it can be very tasty, too. The typical mix of protein (usually meat) and potatoes that serves as the base of a hash is worthy of enough admiration that the technique–I daren’t call it a recipe—has quite deservedly survived for ages.

Still, there’s no reason not to use the methodology with a little twist or two on occasion if mood and ingredient availability so move you. The most recent version appearing on my table lacked both meat and potatoes but still ended up with the texture and character of a fairly classic hash, to my mind. I seasoned the blend with salt, pepper, a little shredded Parmesan cheese and a dose of smoked paprika and then I mixed in an egg to hold the equal parts of cooked rice and creamed corn that I had on hand together a little more like those starchier potato shreds would be, and when at last I put in a fair amount of olive oil, it all fried up in the skillet to a nice crispy-outside cake with a moist interior, and broke up easily with a gentle poke of the fork when I’d loaded that utensil up with a nice creamy bite of dill-seasoned tuna salad. Some fried sage leaves made a nice topper. No potatoes? No meat? No problem.

15 thoughts on “Foodie Tuesday: I have Made a Hash of Things, and I’m Not Sorry”