I’ve been surrounded by a wealth of intriguing, beautiful and amusing creatures lately. Both on our Caribbean outing and now back at home, the company I’ve been keeping have been anything but dull. I’ve had to keep my distance, though, almost as if I were some sort of dangerous predator. With the people, since we got home to Texas, I’ve tried to avoid any unnecessary exposure to what turned out to be a reasonable suspicion of coming down with a cold (not as bad as my spouse’s, at least); with the other companions, it’s more a matter of keeping a respectful distance from their wildness. 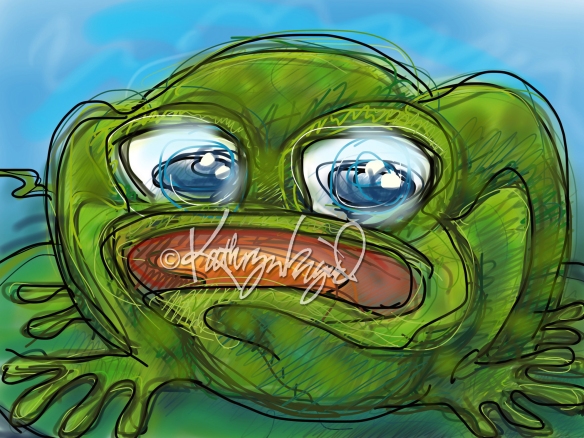 With the frogs, to be fair, it was unlikely we’d cross paths, since they were hanging out on the periphery of where we were. We heard consistent singing from the local mascot Coquí, the sweet frog species revered in Puerto Rico for its generous insect pest control and other charms, not least of them the evening chorale of the mate-seeking males. Didn’t see any, though, other than that sort of movement that is just past peripheral view. Enjoyed the songs, all the same.

For actual sightings, however, the reptile population has kept us in better company. Best In Show goes to the iguana population of Puerto Rico, for making frequent appearances to show off the varied beauties of the species. Crested or not, dragon-sized or baby-dainty, green or earthily striped, iguanas and other lizards fascinate me and get my vote for lovely monsters whenever I can see them, and the more so when they’re not in some pet store or zoo, just hanging around in their natural haunts. That’s my kind of ‘haunting beauty,’ if you know what I mean. 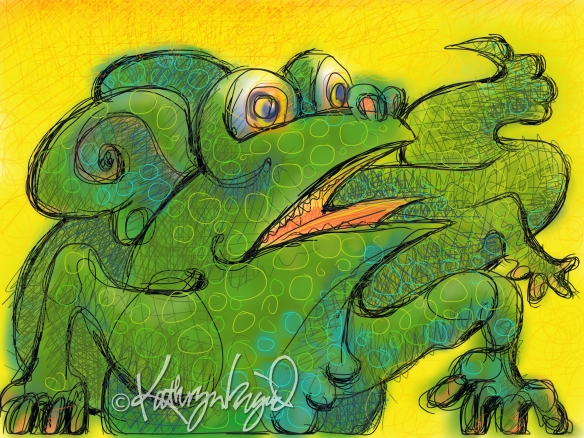 In that respect, the iguanas got some serious competition as beauty champs in my own personal creature feature when we got home from our trip and had a first-ever visit on our lot—albeit in a risky appearance in the middle of our driveway—of the most charming little turtle, no longer than my outstretched hand. Thankfully, my husband/chauffeur spotted the little guy, avoided driving over him, and went back out on foot to gently relocate the turtle to our back garden, where there are lots of good turtle snacks growing, plenty of taller plants for shelter from sun and predators, and a shortage of adorable turtles that he/she helped alleviate by visiting. That makes me a happy critter.