As a blogger, an artist, and a writer-type person, it almost goes without saying that a I would find it beneficial, if not outright pleasing, to have my work catch on like wildfire for some (or no) reason. Few people, I’d guess, get into blogging in the hope that no one ever notices them.

Nobody who spends any time on the interwebs, of course, has any excuse for not seeing and understanding that what ‘goes viral‘ is often nasty, lowbrow, and destructive stuff. We all still fall for it, but that’s a failure to accept experience, observation, and logic, not one of lacking evidence: tell me there aren’t a dozen topics, from celebrity rumors to fake medical claims and offers of specious Free Fabulousness galore that are patently impossible. And our collective gullibility, willful or not, leads us to pay attention to such lunacy, even to buy—or buy into—it, until the Likes and Shares, the Tweets and Pins reach critical mass. Fans and friends are lost over this stuff, health and fortunes risked, and even governments stand on the edge of oblivion over it. This is not the pretty side of going viral.

Yesterday I was reminded of the sense of the word “virus” I first knew: bugs. Ugh, bugs. Not insect-type bugs, which in the abstract sense I admire greatly. Germ-type bugs. Which I really, really do not.

Apparently, they don’t like me much either. Yesterday when I went grocery shopping around dinnertime, I was not feeling especially perky, but didn’t think much of it. I was a bit hungry, and attributed my discomfort to having let dinner wait too long. I got home, started having a little pain around my midriff, fixed a quick dinner, felt much more awful all of a sudden, left dinner in the kitchen, and curled up on my bed like a snail.

I won’t go into further details, but by 10 last night I was feeling lousy enough that I asked my dear spouse to call the 24-hour nurse line to see what the person on duty would recommend I do. Go to the Emergency Room, she said. And so I did, with a lot of help from my sweet chauffeur, of course. After the examination, a couple of nice refreshing pints of rehydration, a small whack on the head from a dose of morphine, and a long morning’s sleep, I am intensely glad to say that the flu bug that knocked me for a loop appears to have been the classic 24-hour variety. Viral gastroenteritis sounds so much more interesting and magical than Flu. It can, obviously, still knock me for a loop. This was only my second-ever trip to the ER (my first, for stitches over a tiny hockey-acquired slash on the chin when I was in grade school), and I hope it’s my last-ever, but I am grateful that the personnel there diagnosed and helped me so quickly. 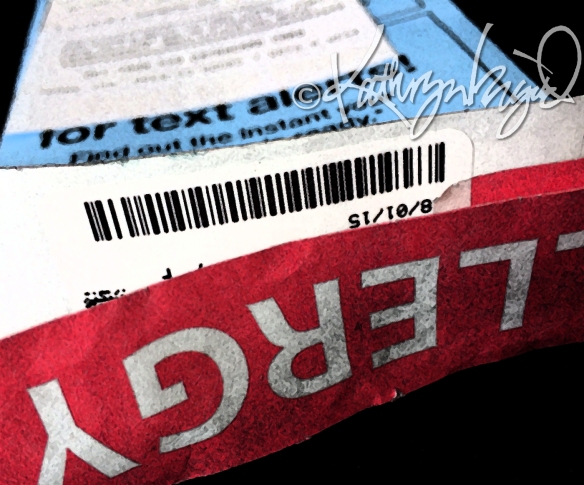 And boy, am I glad that I had what looks like a narrow escape from the 3-8 day version that the paperwork tells me is the norm. Going viral sucks. Bugs suck.

That kind, anyhow. I haven’t by any means lost my admiration for insect-sorts of bugs. Real bugs, by definition, are only a smallish portion of the insect population, but since I’m recovering from an illness that I grew up knowing as a Bug when it was really a viral infection, I shall indulge my childhood terminology and leave you with a few pretty pictures of insects that, though they are not bugs, cheer me up whether I’m bug-bedraggled, bugged, or just a bit buggy. 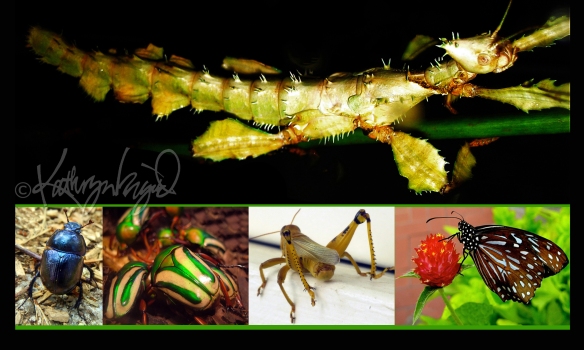