People traveled for days to see it. The warm gleam of copper and brass on its mysterious curved reflected their own faces, if a little blearily, and they were mesmerized. The ticking and clicking of that machine and its workings’ purr and whirr drew whispered speculation and quietly fearful puzzlement and some observers began to contemplate whether they oughtn’t to summon the constable ‘just in case’ before the process was completed on the morrow. Yet so much study and work and testing had been reported before this debut of the machine that no one was fully prepared to admit so brazenly to such cowering mistrust. So at last, on the appointed Friday, six of the town’s leading citizens—with a few nervous titters and a little confused shuffling and tripping over each other—untied the network of cautionary tapes that had held back the crowds, and everyone surged up in a breathless wave for a closer look. 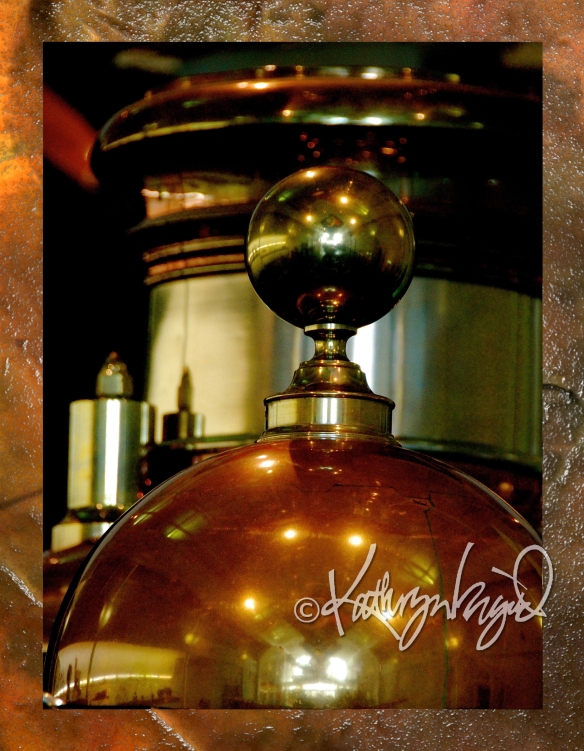 There it was: coming forward on the slow conveyor belt from its central tank was a very small but perfect object of glowing copper and brass curves, ticking and clicking and purring and whirring just like its larger forerunner. It was followed, as the conveyor moved along, by ninety-nine other minutely perfect replicas.

And that is how the world had its first hint of what lay ahead.