My family thrives on sarcasm, satire, and silliness, with a tiny dash of the snarky for good measure. It’s in the genetic pattern, and I can’t remember a time or age when we weren’t all generally a bunch of smarty-pants, irreverent goofs around home. I can’t even remember the first time that I began to realize that not everybody speaks that language. Some people think it too flippant (or possibly, blasphemous, at times), and some simply and plainly see the entire world in a very literal light. I can certainly understand how, to them, my family’s way of communicating would be mystifying and, very probably, make us seem really dimwitted or alien, or both. I don’t mind. It’s most likely true, about me, anyway. 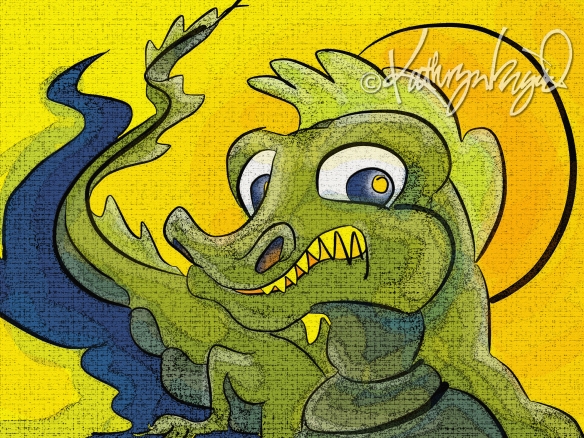 There are times, however, when I have well and truly put my foot in it. And I wish that I either could have read the situation better or had simply paid better attention. Sometimes it’s not nice to be flippant or jokey or snarky, or even to say the direct opposite of what I mean merely to lighten the mood or put someone at ease. Such stuff can go very wrong in an instant if I fail to notice that the party on the receiving end doesn’t converse in that language, or doesn’t appreciate what I think of as its lightheartedness.

But to be honest, most of the time I just think it’s their loss.

With one particular exception: I do feel especially ridiculous when I’ve been consistently playful and perhaps outlandish in my communications with a person and I want to get serious for a moment, especially when I want to say something complimentary. Did it now sound like I was insulting my friend because I was uncharacteristically nice and kindly? If I think it humorous to be droll and dry and sarcastic, maybe I’ve gotten too far from being nice! What’s a poor fool to do? Most likely, fall back on my old ways and hope for the best. At least I’ve done marvelously well in my life at surrounding myself with people who are almost superhuman in interpreting my chatter with generous and accepting ears and open minds, so I haven’t yet been banished from polite society despite my shortcomings.

And if you’re one of the many who have thus given me a pass, I thank you deeply. No, I really, really do mean that!

10 thoughts on “Did that Sound Insincere?”