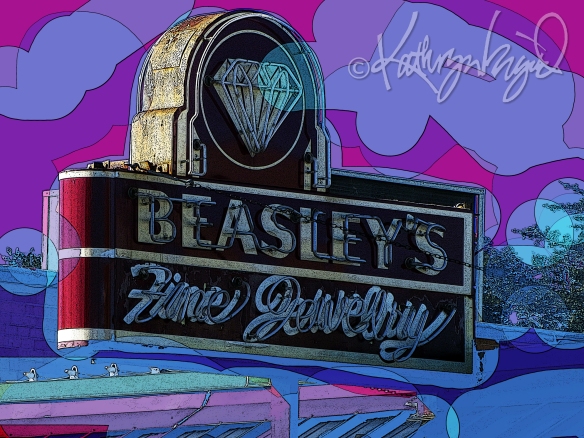 The streetlights at both corners had already burnt out in a sputter of brownout-fueled sparks when Beasley rolled up the road in Ren Hufnagel’s low-slung station wagon. The neon over Beasley’s jewelry store refused to die as quickly, though, flickering back on faintly, flicking off again with a buzz, and opening its weary eye for one more second to guide him to the parking strip before it winked out at last. The car, a 1978 monster of decrepit steel, crunched onto the gravel and died there, too, with a hoarse cough.

Beasley, the second-to-last living inhabitant of the state as far as he knew, had carjacked Hufnagel for the last liter of his fuel to get to his store and rescue the paltry inventory. It hadn’t occurred to Beasley that there was nobody else left to steal the jewelry, let alone buy or barter anything for it. Standing there on the weedy parking strip, he did finally think that perhaps overpowering his victim by shattering Ren’s last bottle of whiskey over his skull might not have been the most brilliant move, either. That maneuver probably meant that there was only one survivor now, and it definitely left the remaining one thirstier than ever. Willard Beasley sat down there in the dust and waited for more of nothing to happen, and that was the end of the beginning.