My inability to foretell the future seems to become more pronounced as I get older. Is this because I’m more aware of the potential diversions and distractions, thanks to my ever-increasing wisdom? Because I’m more attuned to Other Worlds as I sneak ever closer to the time when I’ll dwell in them, and lose focus on this realm? Is it because I’ve already forgotten what I was talking about at the beginning of this paragraph and have no room for pursuing any larger thoughts than sentence-chasing?

More likely, it’s just that the forces in this universe are much wilier than I am and outfox me at every turn, and as I age it only becomes more apparent to me, and to everyone around me. I’m okay with that. In fact, I learn, with every revolution of the solar system, more of how much adventure and delight can lie in the unexpected places that life takes, leads, or pushes me. All the prescience in the world wouldn’t necessarily have better prepared me for what lay ahead, and being clairvoyant couldn’t possibly have convinced me that the many fabulous extravaganzas of mysterious tangential journeying sprung on me were the right path or worth the risks. Yet it’s all gotten me Here. A twisting, bumbling, contorted tour, yes, but one with a lot of happy happenings along the way.

What tomorrow will bring is anybody’s guess. Anybody’s but mine, that is.

Distractions abound. One split second of inattention can lead to disaster, whether it’s the roadside wildflowers that make me fail to notice the brake lights ahead of me or the glittery wings of a metallic beetle that keep me from realizing that everybody in my promenading party has walked on ahead without me and I don’t quite know where. Not such great and significant dramas in the grand scheme of things, these, but small indicators to remind me that things could have been so much worse if I hadn’t been so fortunate, and might be yet if I don’t learn from the nudges.

The best fortune in them is, of course, that I’m cautioned before the crack of doom. How much better to be alerted by noticing the swerve I had to make to avoid plowing into the slowed traffic, or by realizing I have to catch up with my strolling companions than that I actually caused a crash or hiked right off the trail into uncharted wilderness alone. A little jolt is an occasion for large thankfulness.

That’s how I travel through life, bumbling along its unmapped corridors with my faulty personal GPS and my avid, easily attracted magpie eye. I bump into life as much as I take a route through it. I’m just relieved to have lived this long without disappearing down any of an infinite number of rabbit holes and being lost forever in the warrens, tripping in them obliviously only because I was too mesmerized by nonessential Other Things along the way.

Lacking, as I do (see yesterday’s post!) any real sense of direction, physically or otherwise, in my life’s journey, I kind of live it in the middle of the intersection. You know, when the traffic slows down and the smog clears, it’s kind of exciting and always interesting here at the crossroads.

There are not only all of the events and incidents that brought me to the place where I stand at any given moment, but so much more that enriches life in the intersection. All of the peripheral things that I didn’t do—yet, anyway—lie somewhere nearby, should I change course or take notice and choose to move accordingly. There are all of the other people who come and go up and down the same roads and walkways, and there are all of those who cross my path at any given intersection, and all of their lives and adventures are influences on my own travel, even on my moments of standing absolutely still there.

And then I move on, often without any greater sense of direction than before, but also, often enough, with an optimistic sense that I will soon find myself having yet another unexpected, very unplanned trip through yet another unknown intersection.

Going back to look at what I’ve said at many much-too-late to stay up hours when electrons were bashing at the confines of my cranium, I discover I have been in the possession of other intelligences than those of Earth. Some future cryptophile will have to decode my meanings—if indeed there are some meanings there. Come to think of it, the hieroglyphic state of my conscious mind is not substantially clearer at its best than what my soliloquies indicated back in my speechifying moments when I was or should have been restricted to the uncharted regions of sleep. 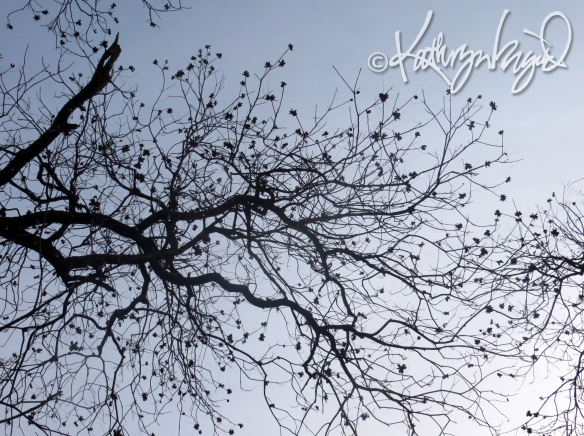 Why She Does It

Produce the worst of doggerel

Because strict order suits her taste,

The free or random seeming waste

To such refined and organized

Her not into the orthodox

Approach to meter; no, what shocks

Us is that rather than to hone

The wealth of poems to a bone-

Her verse as tidy excrement.

Thing that Does Things

There is a wonderful machine that’s spiffy, neat, and super-keen

Because its functions are so grand and great, but on the other hand,

It’s hard to fix when it’s abuzz, malfunctioning, or conked, because

It is so arcane, intricate and complicated, that we get

Bamboozled trying to describe what’s wrong, and end in diatribe,

For truthfully, we’ve not a clue just what this fine machine can do,

Or what its actual functions are, for it’s so complex and bizarre

That we, in our benighted state, prefer to simply think it great

And know that if we could have guessed

what it is, we’d sure be impressed.